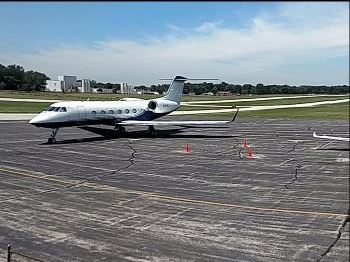 Formal notification of a FAA supplemental grant fund award to the City of Warsaw is expected today as this past Wednesday, preliminary notification was received of being awarded an FAA Airport Improvement Plan grant for phase one of the Warsaw Airport runway extension. Phase one includes the lowering of the electrical power lines to the east of the east/west runway.

The project funds are expected to be received next year, and engineering and construction could begin in 2020, as well. The project involves contracting with American Electric Power to lower the height of the existing high voltage lines down to approximately half of their existing height. This phase one project will:

Details of the project will be forthcoming.

The City of Warsaw is committed to the airport improvements necessary to facilitate the jet traffic that supports our local industry.